Of course there was also a tournament of several companies. The fight was, I understand, not choreographed, though every fighter was well-trained, especially regarding safety concerns.
Read More 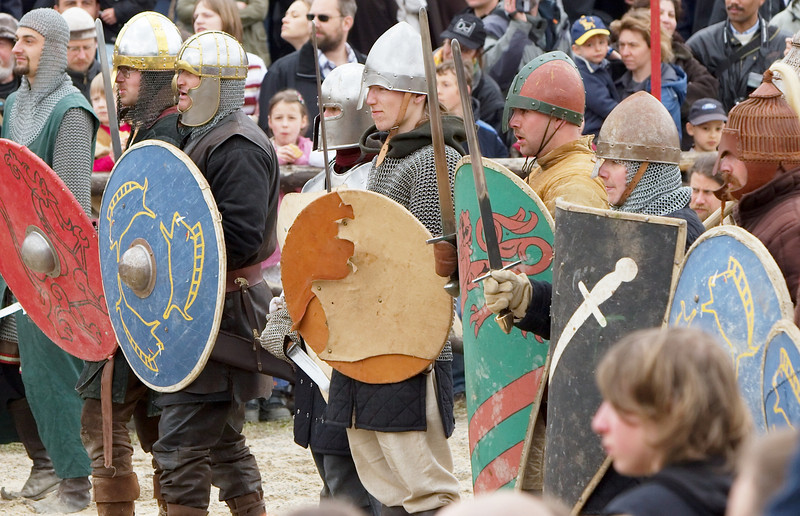 Preparing for a mass fight, both sides align themselves shield to shield. Unlike Roman armies of the olden time, the different form of shields do allow lots and lots of space between them.

On the other side, shields in warfare were much more important against incoming arrows (which happen to have right of way) than defending against swords (though of course they'd be used for that, too), and went out of use at the time weapons powerful enough to shoot through such shields became common.

Again, you see the shields, for all their more-or-less fancy design, do carry signs of use and abuse.